31 May THE DEEP DIVE

Posted at 09:03h in BLOG by suharti.giman@metasport.com 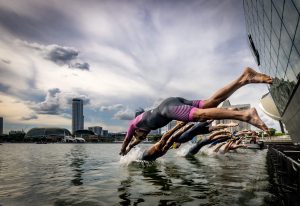 May 6, 2022 marked a momentous day, with Singapore finally taking the plunge into the iconic Marina Bay. The professional triathletes joining Super League Triathlon’s Arena Games Triathlon were the lucky ones to be the first to dive into the bay, taking in the stunning backdrop of both the CBD and Marina Bay Sands. MetaSport was proud of being able to finally achieve this milestone with the Arena Games Triathlon after more than a decade of discussions and proposals.

Since the Marina Barrage was built in 2008 to create the Marina Reservoir, the new body of water has hosted many events, including canoeing and rowing at the 2010 Youth Olympic Games. However, no event had been given the green light for swimmers to enter the reservoir itself.

Several prestigious triathlon brands have been pursuing this dream project for all these years. As far back as 2009, Robert Puestow, now Chief Operating Officer at Super League Triathlon, remembered visiting Singapore “with the aim to deliver the very first event of the then inaugural Dextro Energy Triathlon ITU World Championship Series. Already back then we scoped Marina Bay as a potential venue. However, the event never happened.” 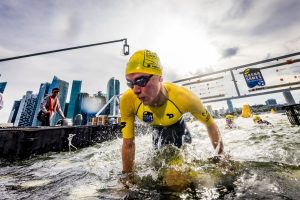 In 2016, MetaSport achieved the first milestone with the support of Sport Singapore and in partnership with Open Swim Stars: a swim trial took place with excellent results from water quality tests and surveys. There was real enthusiasm and momentum for a breakthrough, till this project stalled as well. However, the prospect of triathlon events in the Marina Bay had taken hold at Sport Singapore.

Fast Forward to 2022, thirteen years after that first meeting, Sport Singapore had garnered enough support  to allow a small number of athletes to enter Marina Bay for the swim of the Arena Games Triathlon, a short and sharp race format, tested back in 2019 at Sentosa. 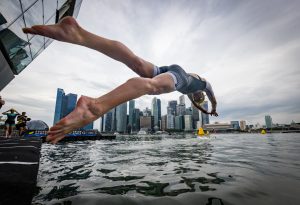 The combination of that successful Super League Triathlon’s first edition and MetaSport’s   expertise and in-depth understanding of the conditions and logistical requirements of a swim event in Marina Bay, made finally the first Marina Bay swim come to life.

The little red dot was once again wooing a global audience, hosting another world class event, with pictures of swimmers in front of the city skyline traveling the world. Singapore men’s race winner Hayden Wilde exclaimed post-race “Swimming and looking up at the city skyline was epic. It was fantastic, I really enjoyed it and I hope to enjoy it again sometime soon”.  His thoughts were echoed by British star Jess Learmonth “What a unique experience, swimming in the centre of the city”.

We believe this is just the start of more iconic triathlon or swimming events taking place at Marina Bay. These are exciting times to be a triathlete in Singapore! 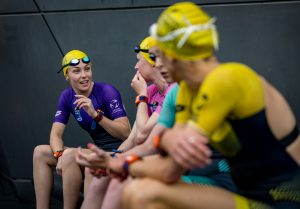