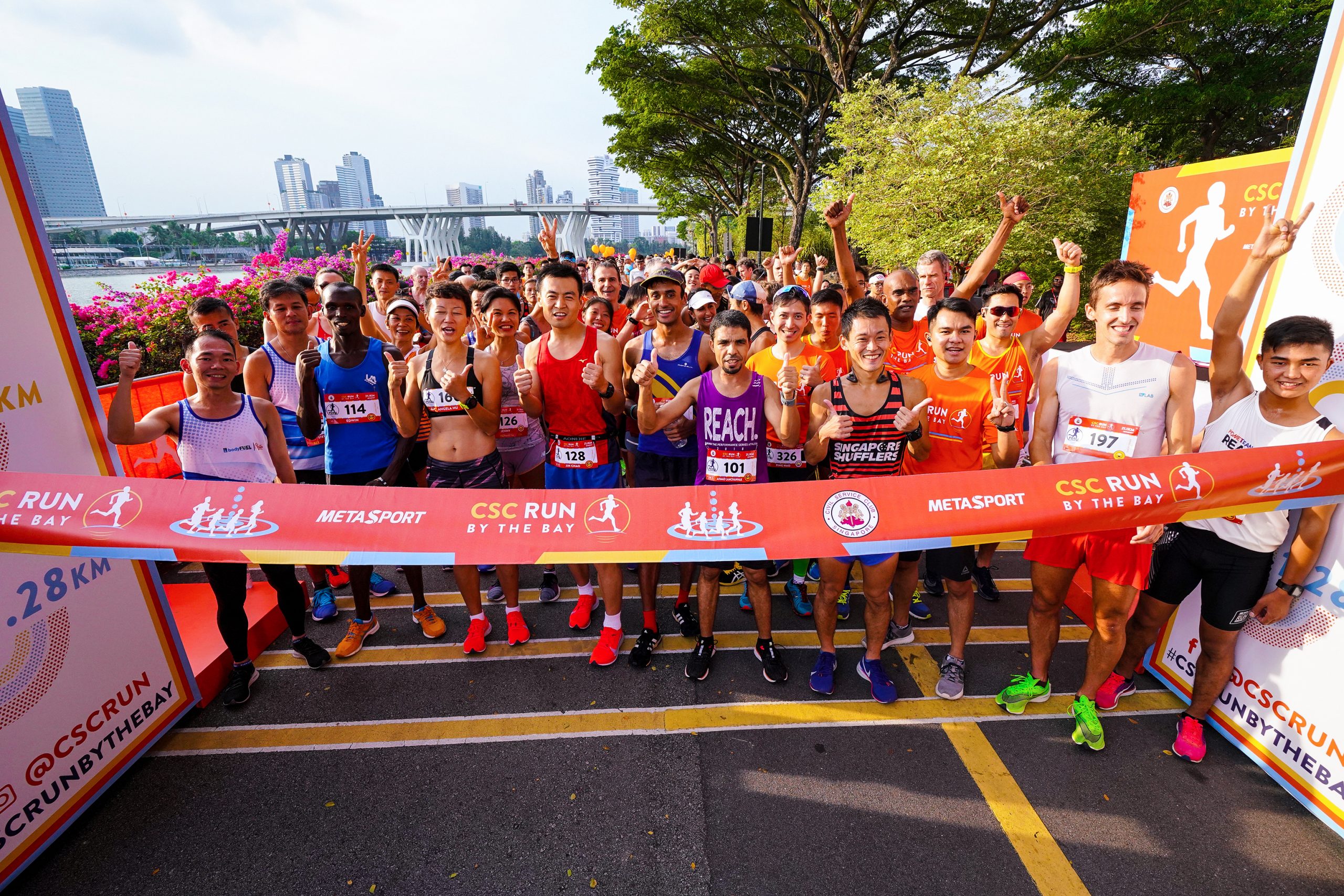 Posted at 04:09h in MS Race Report by meliza.tan 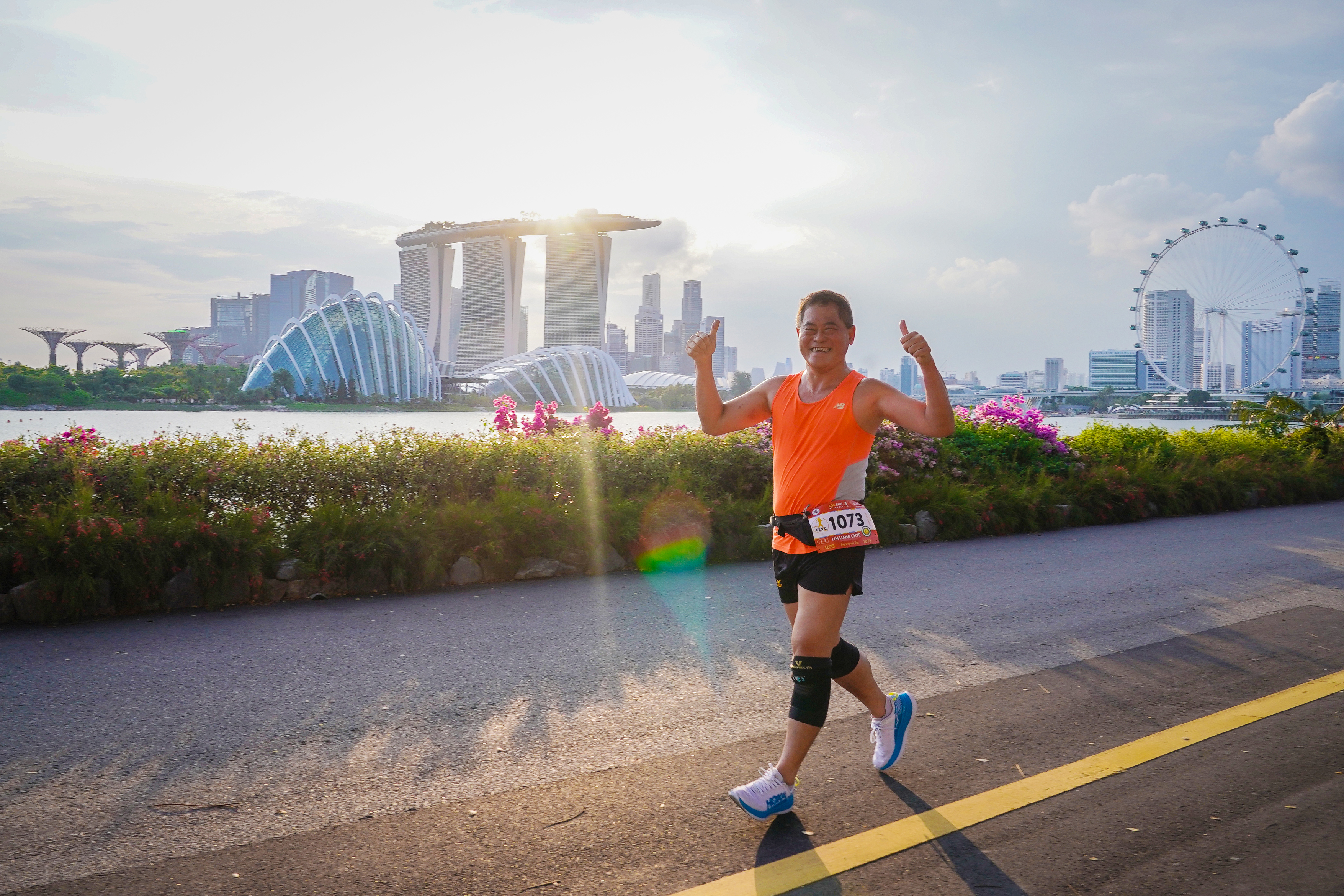 Singapore shone in its glory on Saturday evening, as 4000 runners made their way around Marina Reservoir for the annual CSC Run by the Bay.  Returning as a sunset event for the second year at Gardens by the Bay East, the race showcased the city at its finest under the stunning skyline.

The picturesque venue quickly turned into a vibrant festival filled with runners, as well as family and friends to enjoy an evening of sport and fun.  Pilates and stretch classes gave spectators an opportunity to have a good workout, and ice creams were enjoyed by people of all ages. An action-packed kids corner kept the young ones entertained with a bouncy castle, face painting and games by KidsCamp Singapore.

The headline 21.1km event was won by Kenya’s Edwin Yebei who beat his rivals on the balmy Singapore evening, smashing the previous record by nearly six minutes to win in a time of 1:11:40. Swissman Fabe Downs was hot on his heels 44 seconds back.  Prashan D. Silva was the first Singaporean across the line and rounded out the podium in third nearly three minutes behind Downs.  The first Public Officer across the line was Gen Lin Foo, in sixth place overall in a time of 1:16:26.

It was an international affair also in the women’s race, where defending champion Maki Inami of Japan once again scorched the field, claiming victory in 1:22.10.  Singaporean Xiuying Hu came second eight minutes behind, with Great Britain’s Heather De Freitas hot on her heels just 21 seconds further adrift.  Itsuko Tanaka, a stalwart in the Singapore running scene, was the first Public Service Officer across the line, taking 8th place overall in 1:41.03.

The Team of 4 event drew great interest, with 96 public officer teams taking to the road to earn valuable “STAR Games” points.  Alongside them were 18 general public teams joining the competition for the first time, enjoying the opportunity to race with friends and running club mates.  Gurka Team 3 stormed across the line taking victory in the Men’s division with a combined time of 3:13:19. The women’s race saw MOE WoMales Open Team 1 winning in a combined time of four hours flat.  In the general public race, MetaSport’s Training team, MetaMates, took the top step on the podium in a time of 3:39:35.

The 12.8km race saw over 1200 athletes run a full loop of the iconic Marina Reservoir, the distance being a celebration of its importance in Singapore’s water supply achievements. Local athlete Shohib Marican held off a tenacious Nepali trio to be the first runner home in a very zippy 46:16. Bigyan Limbu from Nepal, who is a Public Service Officer with the Singapore Police, was ten seconds behind.  Fellow countrymen and Public Service Officer Ripi Lal Gurung was third in 47:00.  Monica Torres, a Filipino triathlete with a powerful run was the first female across the line in a new course record of 52:59, with Sharon Tan soon behind in 54:16, and Yong Man Yun coming third three minutes further back. 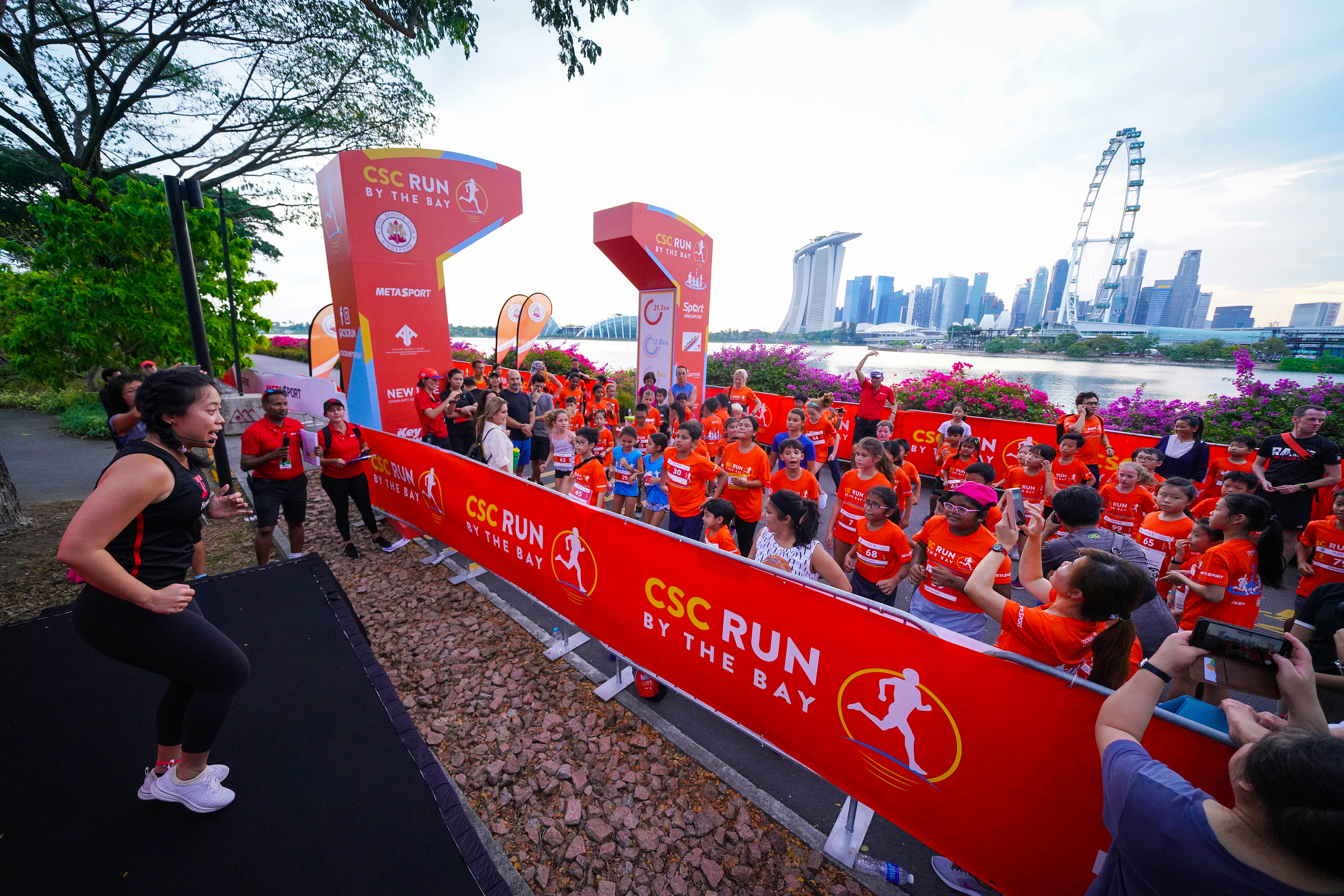 Eighty athletes, including three women, joined the distinguished 1-Hour Club for completing the 12.8km distance in under 60 minutes. The notable accomplishment entitles them to a special 1-Hour Club badge, certificate and name on the event website.

The 6km athletes set off under the illuminated evening skyline, enjoying the cooler temperatures and relaxed non-competitive vibe.  Runners still received their finish times however, and heading the pack was Ryan Huynh in 26:41. In the female event, Yvonne Carter took line honours in 29:42.

In a first step towards becoming a true eco-friendly event, re-usable drinking cups were given out at the finish line to use at the drink station in the festival area.  Cooling face towels given to 21.1km runners were collected and recycled post-race. Athletes were also given the option to “opt-out” of receiving their goodie bag items to reduce general consumption.

The event is also a family experience with races for the younger ones as well. Teens could join their parents in the 6km event, with younger runners having their moment to shine in the 1.28km Kids race.  For all it was perfect blend of sport and entertainment on a Saturday evening. 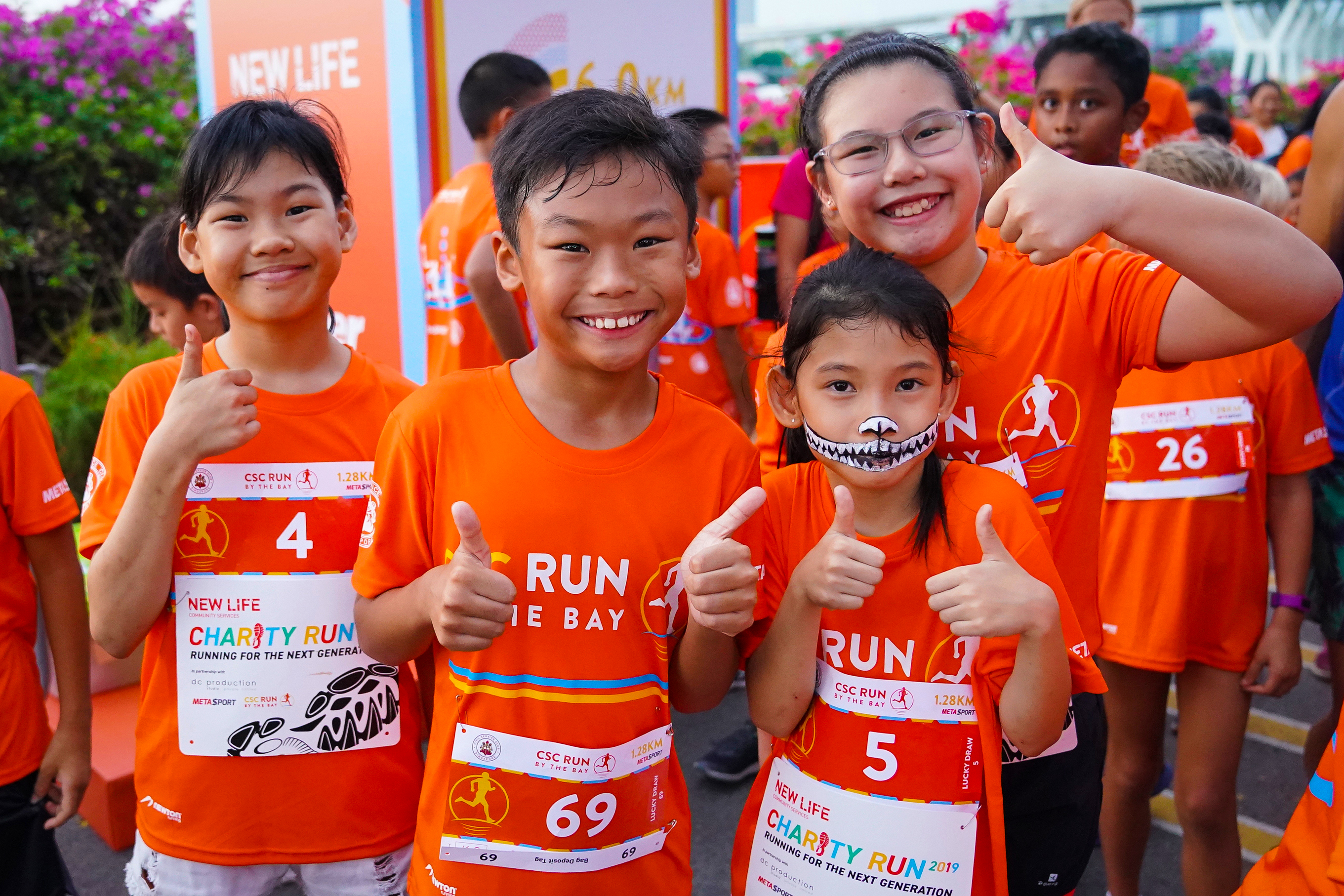 The event is a major one on the Civil Service Club’s annual calendar, and is aimed at promoting a healthy lifestyle among public officers and the Singapore community in general. 1600 Public Officers ran over the course of the evening.  The overall STAR games champions were the Ministry of Education, followed by Ministry of Home Affairs, and the Housing and Development Board in equal second.

Charity played a large part in the event, with a sum of $200,000 raised by runners for the adopted charity New Life Community Services.