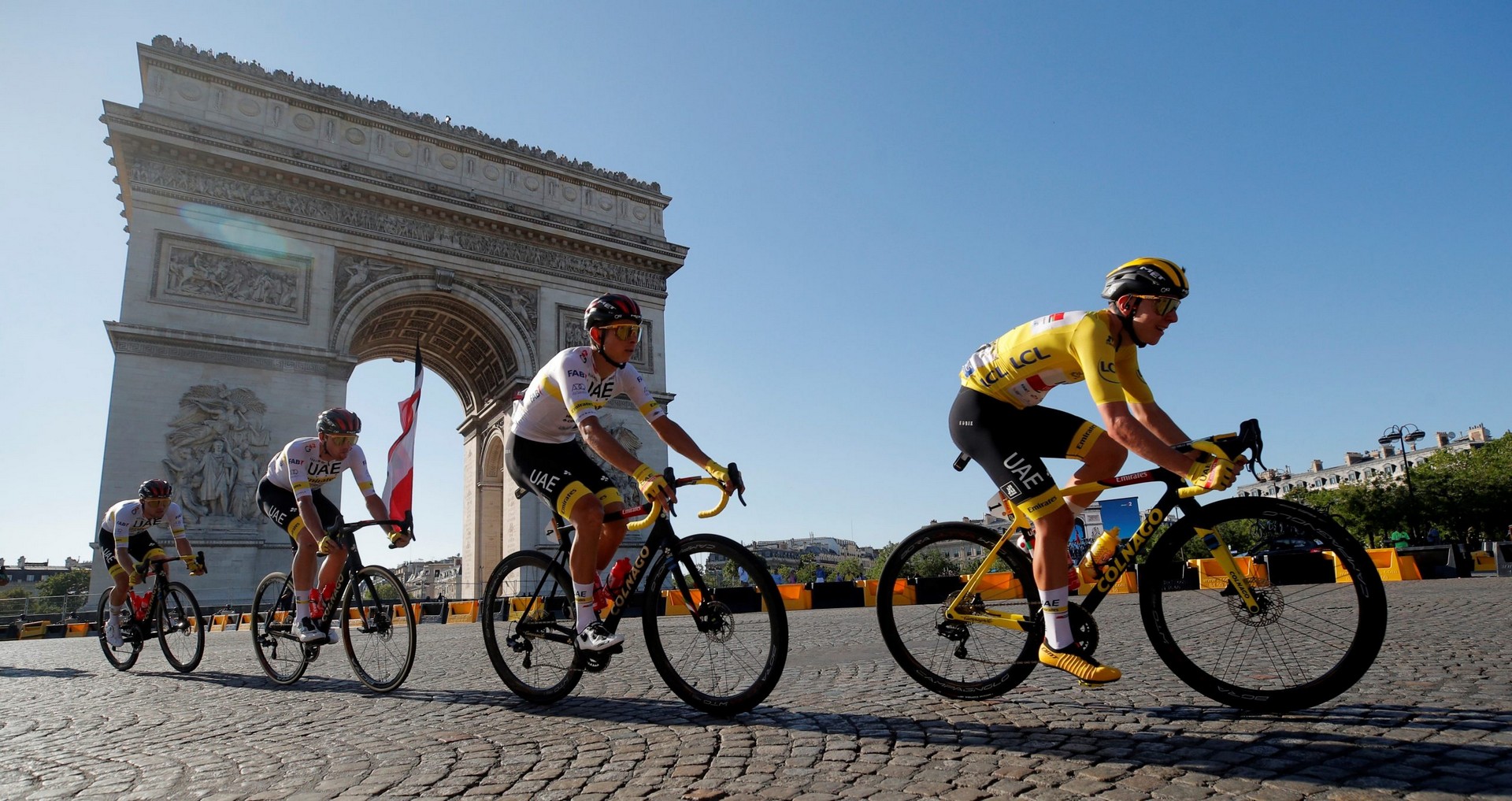 A colourful end for a defending champion

23 Jul A colourful end for a defending champion

Posted at 09:35h in BLOG by Charlotte Henry

The 2021 edition of the Tour de France started its first stages with crashes that left some race favourites out of the running. Starting off in Brittany, this tour took riders up the prestigious Mont Ventoux twice, face off in two individual time trial (ITT) stages instead of the usual one, before welcoming them into Paris for the final sprint on the Champs-Élysées. With the second ITT taking place only in the second before the last stage of the tour.

In contrast to 2020 when he took the yellow jersey only in stage 20 of the race, Tadej Pogačar left the other riders in his wake from stage 8 and only extended his lead over the stages. Not only did Pogačar claim the coveted yellow jersey for a second year running, he also took home two other jerseys, the king of the mountains with the polka dot jersey and the top young rider with the white jersey, meaning he concluded his tour with top finishes in three out of four overall rankings.

Vingegaard. He had to spearhead the tour mission for Team Jumbo-Visma after leader Primoz Roglic had to leave, and with the team down to only half their riders by the final stages. Rounding out the top three is Richard Carapaz of Ineos Grenadiers, who tried to edge Pogačar to the finish line in stage 17 up Col du Portet.

Riders who added to their list of achievements include Mark Cavendish, who went home with the green jersey for being top in the sprints, and equalled Eddy Merckx’s all-time record of 34 Tour de France stage wins. Denying him the opportunity to better Merckx’s record was Team Jumbo-Visma’s Wout van Aert, who claimed the final stage win at Champs-Élysées. Not only is the young Belgian rider dominant in cyclo-cross racing, he proved to be just as strong on the mountains and individual time trial (ITT). He out-climbed the rest of the field in stage 11, which included two ascents of Mont Ventoux, and clocked the fastest timing with an average speed of 50.3km/h for stage 20’s ITT.