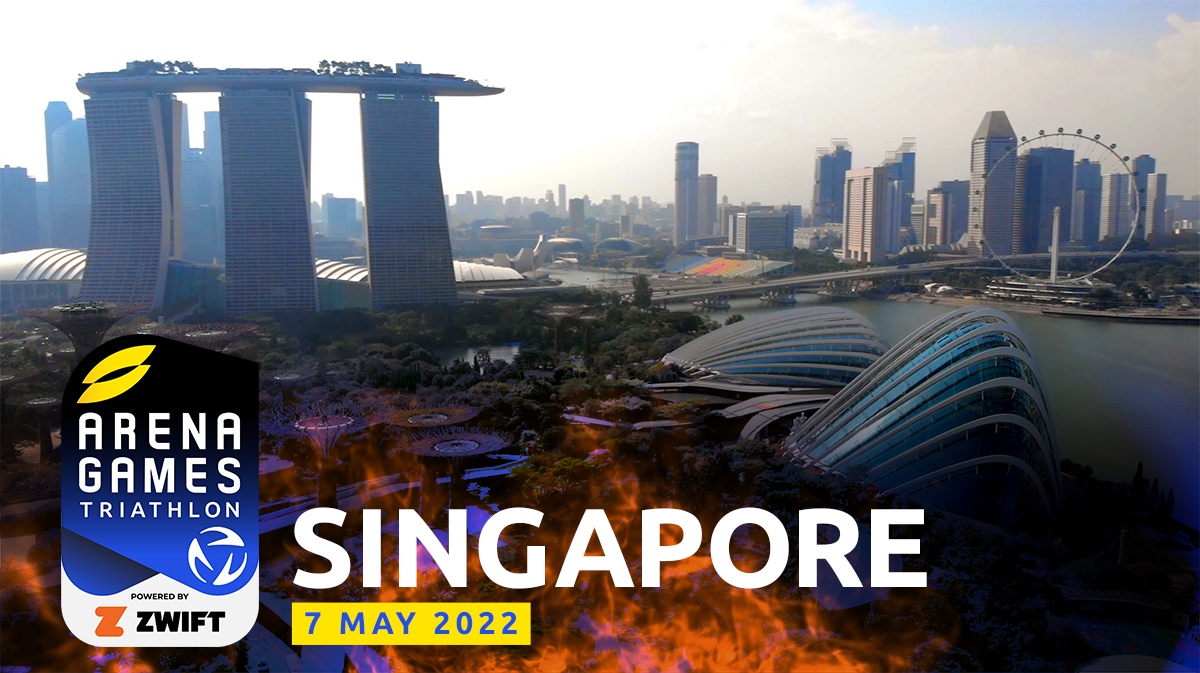 The pro event  returns with a new format that was launched in Europe last year, called the Arena Games Triathlon (AGT), and features both real-life and virtual racing action powered by Zwift.

Singapore will be hosting the Grand Final of the 2022 World Championship series, which kicks off in Munich, Germany on 9 April, followed by the second leg in London on 23 April.

The extremely dynamic and explosive format of the Arena Games guarantees close racing, constant position changes and sprint finishes. Made for spectatorship, the Grand Final deserves a Grand Arena.  Singapore and Super League are pulling all the plugs with a stunning outdoor setting to make it a race for the history books.

What’s more, you can have a front row seat and your shot at Super League Triathlon fame in the club competition. Only ten triathlon clubs in Singapore will have the exclusive opportunity to race at the prestigious event and watch the final from the VIP lounge, a very exclusive treat considering that the event will not be open to spectators.

Clubs may email their interest to superleaguetriathlon@metasport.com