Kahlefeldt and Crawford beat the heat to triumph at IRONMAN 70.3 Bintan 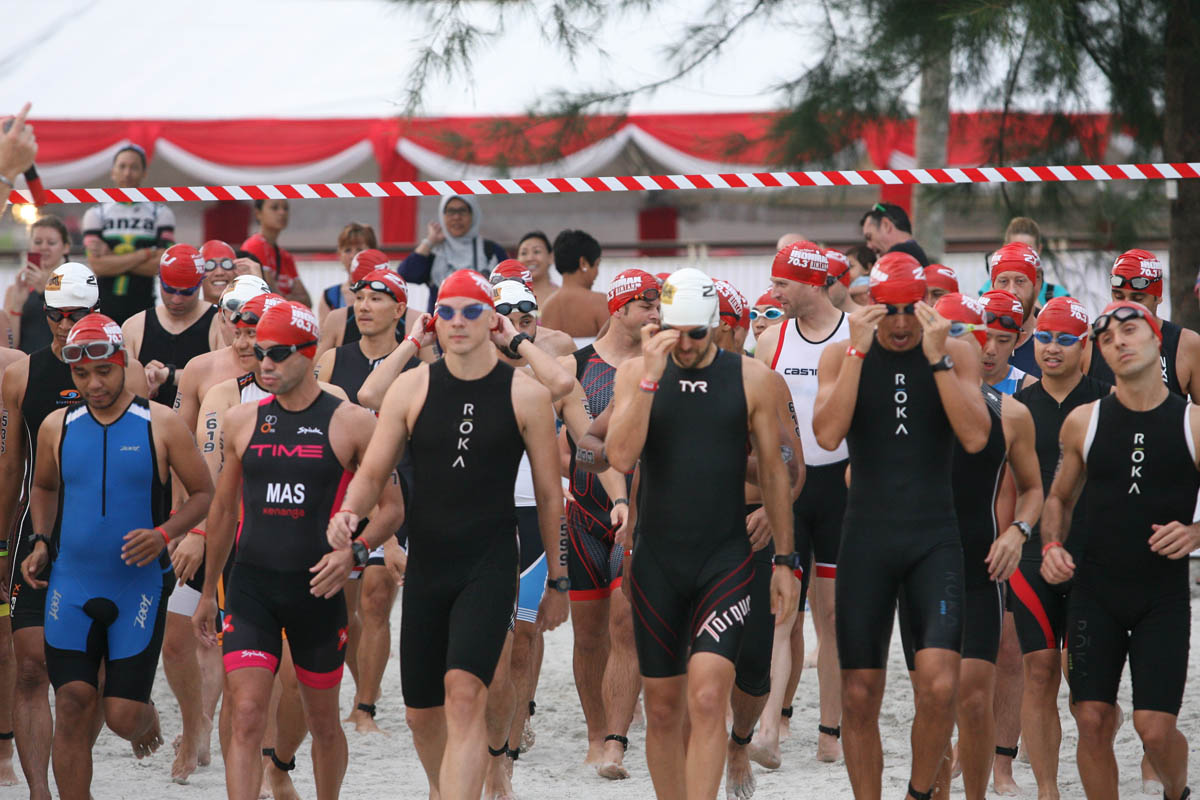 25 Aug Kahlefeldt and Crawford beat the heat to triumph at IRONMAN 70.3 Bintan 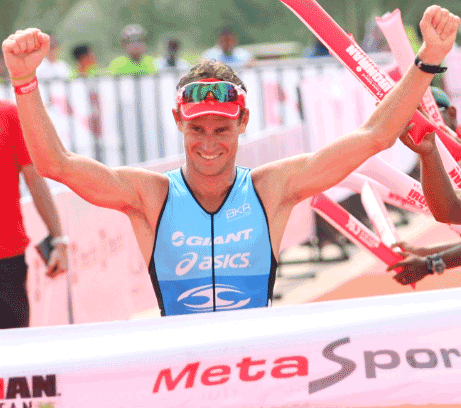 Australia’s Brad Kahlefeldt and Gina Crawford from New Zealand were crowned as the champions of the inaugural Swiss-Belhotel IRONMAN 70.3 Bintan on Sunday, each taking US$5,000 for their efforts on what was a blistering hot morning in Indonesia.

Former ITU star Kahlefeldt used his short-course swimming prowess to exit the water along with New Zealander Mike Phillips some 45 seconds ahead of the closest followers, Lachlan Kerin and Fraser Cartmell. Big names Timo Bracht and Fredrik Croneborg found themselves 80 seconds behind going out onto the bike course.

The 90km course featured no big hills but the island of Bintan is known for its leg-sapping rolling roads and with the temperatures already above 30 degrees Celsius at 7am, the tour of the northwestern portion of the island was a tough battleground. Phuket-based Croneborg of Sweden enjoyed the conditions most, flying through the field with a bike split of 2:08:30 that moved him from eighth after the swim to first going into T2. A group of Kahlefeldt, Bracht, Kerin and Phillips followed some 40 seconds later.

It was all to play for as the men embarked on the 21km run leg, which featured three laps of a scenic but completely exposed 7km circuit around a lake.

Perhaps Croneborg paid for his big effort on the bike as by the time the pros had completed the first lap both Kahlefeldt and Phillips had caught and dropped him. Kahlefeldt was running strongly and had a two-minute lead over Phillips, with Croneborg a further minute back. Brecht too had fallen off the pace.

As his competitors wilted in the heat, the Kona-bound Kahlefeldt showed no signs of weakening and stormed round the lake for two more laps to take a dominating victory, with runner-up Phillips crossing the line almost five minutes back. Croneborg held on for the final place on the podium.

In the women’s race Crawford had a more comfortable path to the top step of the podium. A strong swim saw her hit the beach first together with Laurel Wassner of the USA, with another American Caitlin Snow and Katey Gibb of Australia next out of the water some 90 seconds later.

Crawford, a winner here in Bintan last year at the iron-distance MetaMan, soon dropped Wassner on the bike course and flew round the 90km with the fastest female bike split to increase her lead going into the run. Gibbs and Snow were next into T2 about three minutes behind Crawford.

While Crawford looked strong on the run, after the first lap of the lake Gibb had eaten into the Kiwi’s lead and with the sun high in the sky, anything could happen. But it was Gibb who faded on the second lap leaving Snow to try and put the pressure on Crawford. The Ironman legend was up to the task of defending her lead, though, and dug deep to keep the chaser at bay to take a popular win. Runner-up Snow’s fastest female run saw her break the tape 1:47 behind Crawford, with Gibbs third a few minutes later.