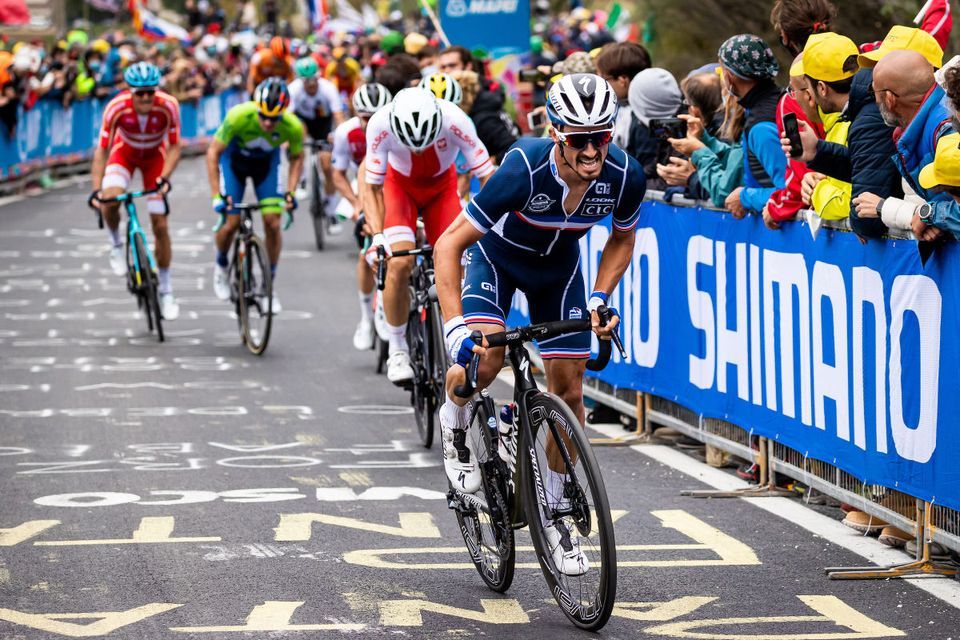 Hundreds of thousands of spectators are expected over the week, with millions more watching over the broadcast. With the coveted rainbow jerseys up for grabs, the women’s race favourites include recent 2022 Tour de France Femmes winner Annemiek van Vleuten (Netherlands), European champion Lorena Wiebes (Netherlands), and defending champion Elisa Balsamo of Italy.

On the men’s side, two-time consecutive champion Julian Alaphilippe (France) will look to defend his titles. While the Tour de France Champion Vingegaard will be absent, Alaphilippe will still face stiff competition from the likes of Wout Van Aert, Tadej Pogačar, and Danish rider Mads Pedersen. Australian talent Michael Matthews may also be in contention, backed by a home crowd advantage.

Also premiering this year in Wollongong will be a women’s U23 category. In a step towards equality, the championships will include U23 women’s titles in the road race and time trial for the first time. However, these inaugural U23 titles will take place within the existing elite women’s races, rather than standalone events like the men’s category. Whilst an improvement in helping bridge the gap between junior and elite women cyclists, we will have to wait until the 2025 event before the women’s schedule fully matches the men’s.

Tune in next month to the UCI road World Championships and take some inspiration for your own cycling journey from the best in the world.

After a two-year hiatus, our very own Union Cycliste Internationale (UCI), the international governing body for cycling, sanctioned event – the Tour de Bintan – is returning on 14-16 October 2022. One of the exclusive first stops on the upcoming 2023 Gran Fondo Qualifier Series, the Tour de Bintan provides amateur cyclists of all ages with an opportunity to qualify for the 2023 Gran Fondo World Championships, held in Glasgow Scotland.

This year’s race will follow a similar format to the world championships, opening with the 17km individual time trial (ITT) on day one, before two road races over the weekend. The Gran Fondo Classic (138km) will take place on Saturday, finishing with the Gran Fondo Century (112km) on Sunday.

The top 20% of each age category in the 17km ITT and Gran Fondo Classic will qualify for the UCI Gran Fondo World Championships. Whether you’re vying for qualification or chasing a personal best, the Tour de Bintan is the perfect opportunity for both. We hope to see you there!