The biggest race of the year! 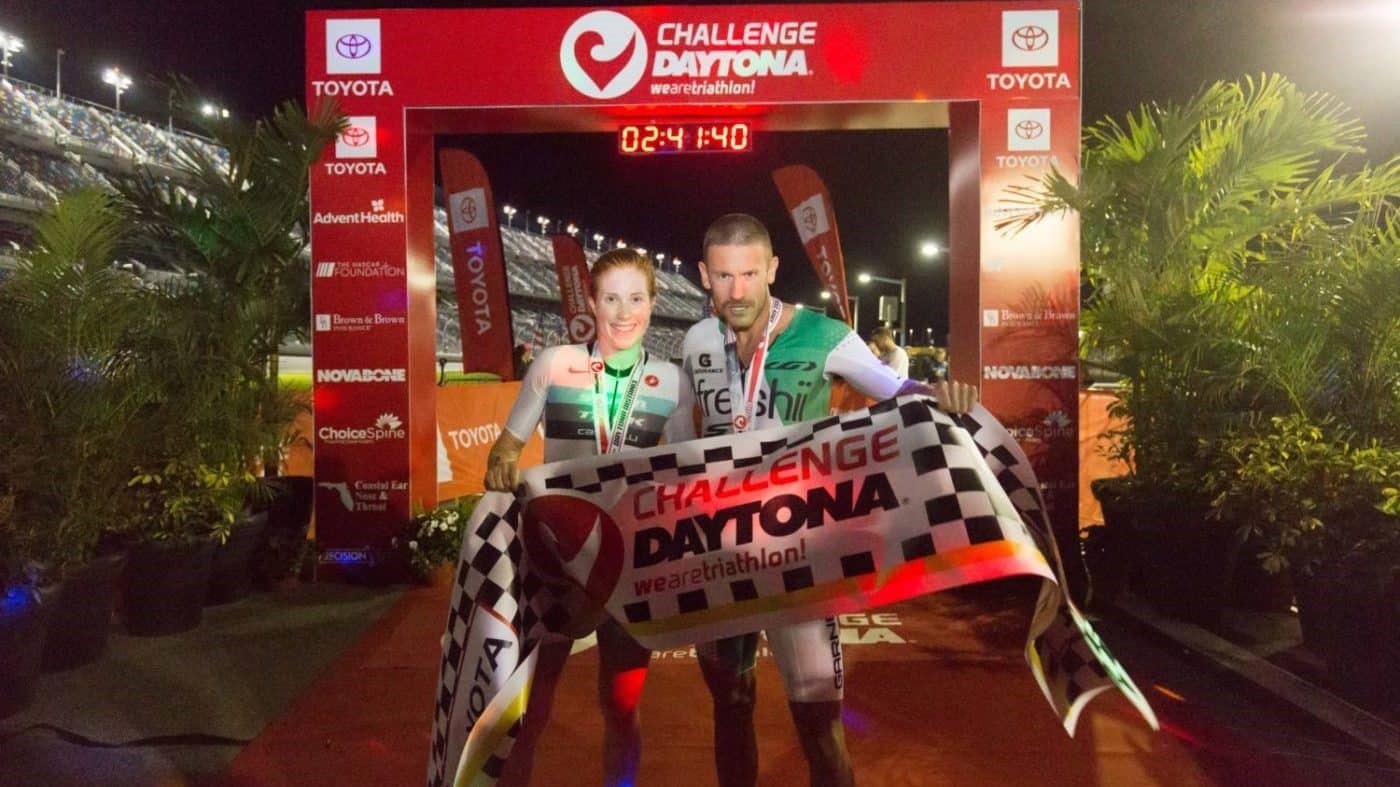 23 Dec The biggest race of the year!

No, we are not talking about the recently launched MetaSprint Series, but about the newly created PTO 2020 Championships.

With COVID having wiped the international triathlon calendar clean, there was great anticipation in the triathlon world for the PTO 2020 Championships. Finally, there was a big race on, with the biggest names in the sport battling it out for the biggest prize purse.

On 7 December, the triathletes were ‘pulling at the bit’ to be released in the triathlon arena created at the legendary Daytona Speedway Track. This had become their biggest goal of the year with the Olympic Games, Ironman and Ironman 70.3 World Championships all cancelled in 2020. Having a good result would salvage their year from a sports and financial perspective.

The distance and why it matters

The PTO 2020 Championships is raced over a special distance of 2km swim, 80km bike and 18km run, a distance closest to an Ironman 70.3. Because of the slightly shorter bike and run, the swim gained a little bit of significance and made the step up easier for short course athletes.

Yes, a whole host of short course athletes were lining up next to long course athletes, creating a uniquely stacked field of triathlon stars. Vincent Luis, the current short course World Champion and branded favourite for the Olympic Games, featured on the favourites’ lists, even though he had never raced this long a distance. And on the women’s side, much was expected from 2012 Olympic Champion, Nicola Spirig, while she hadn’t raced this long in 4 years. 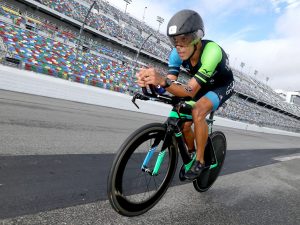 On top of the longer distance the short-course athletes had to cope with riding time trial bikes in a non-drafting format. Not exactly their cup of tea.

With the Daytona Speedway came a super-flat and -fast bike course and consequently a showcase of the most aero and flashy time trial bikes. Throw in a stiff wind and a strict 20m drafting rule and the scene was set for a bike drag race a Speedway worthy.

On most triathlon courses there are corners, climbs or downhills where athletes can shift position a little, sit up or stop paddling for a moment. There was none of that in Daytona, which put the athletes for 80km in the aero-position. An uncomfortable position that could strain the hip flexors and hamstrings if not managed carefully.

Although hip flexors and hamstrings were aching for many of the athletes, it was calves that caused the biggest drama and race-defining moments. Two front runners pulled out early in the run with busted calve muscles. In the women’s race it was bike-leader Lisa Norden (SWE) who was left in tears when a calf injury ended her race pre-maturely. In the men’s race it was the top-favourite, Alistair Brownlee (GBR), who had to give up in the (early) lead of the run.

Other drama and race-defining moments were two pre-race favourites standing idle in the penalty box for two minutes. Vincent Luis and Ironman World Champion Anne Haug (GER) picked up a two-minutes time penalty for violating the non-drafting rule. After their involuntary break, Luis and Haug put the back-burners on and used their superior run to cut through the field in an attempt to salvage their race.

Luis stranded in 8th place where a podium placing would have been certain and a win possible. Haug, amazingly, still managed second, which would have been the likely outcome without the time penalty as well.

Race dynamics from Venus and Mars

Because the men’s field was bigger and deeper and therefore more competitive, the field never broke up like it did in the women’s race. Where the women’s race saw break-aways in the swim and the bike and a spread field on the run, the men’s race was incredibly close from start to finish.

The results tell the story perfectly. Paula Findlay (CAN) beat 2nd and 3rd place by respectively 2.5 and 5 minutes, while behind the men’s champion, Gustav Iden (NOR), there were 10 athletes that finished within 1 minute!

The men had to dig deep till the very end and it showed in the pained faces and swaying bodies as they crossed the finish line. A roman crowd would have given them the thumbs up to fight another day.

The athletes made the race, but the athletes all agreed that the Daytona Speedway was an amazing triathlon arena to compete in. Spectators at home relished the amazing footage and the permanent leaderboard in the corner of the screen that displayed perfectly the shifts and changes in the race. The PTO 2020 Championships delivered an exciting race and the best spectator spectacle seen for a long course triathlon.

The sport of triathlon is the biggest winner!