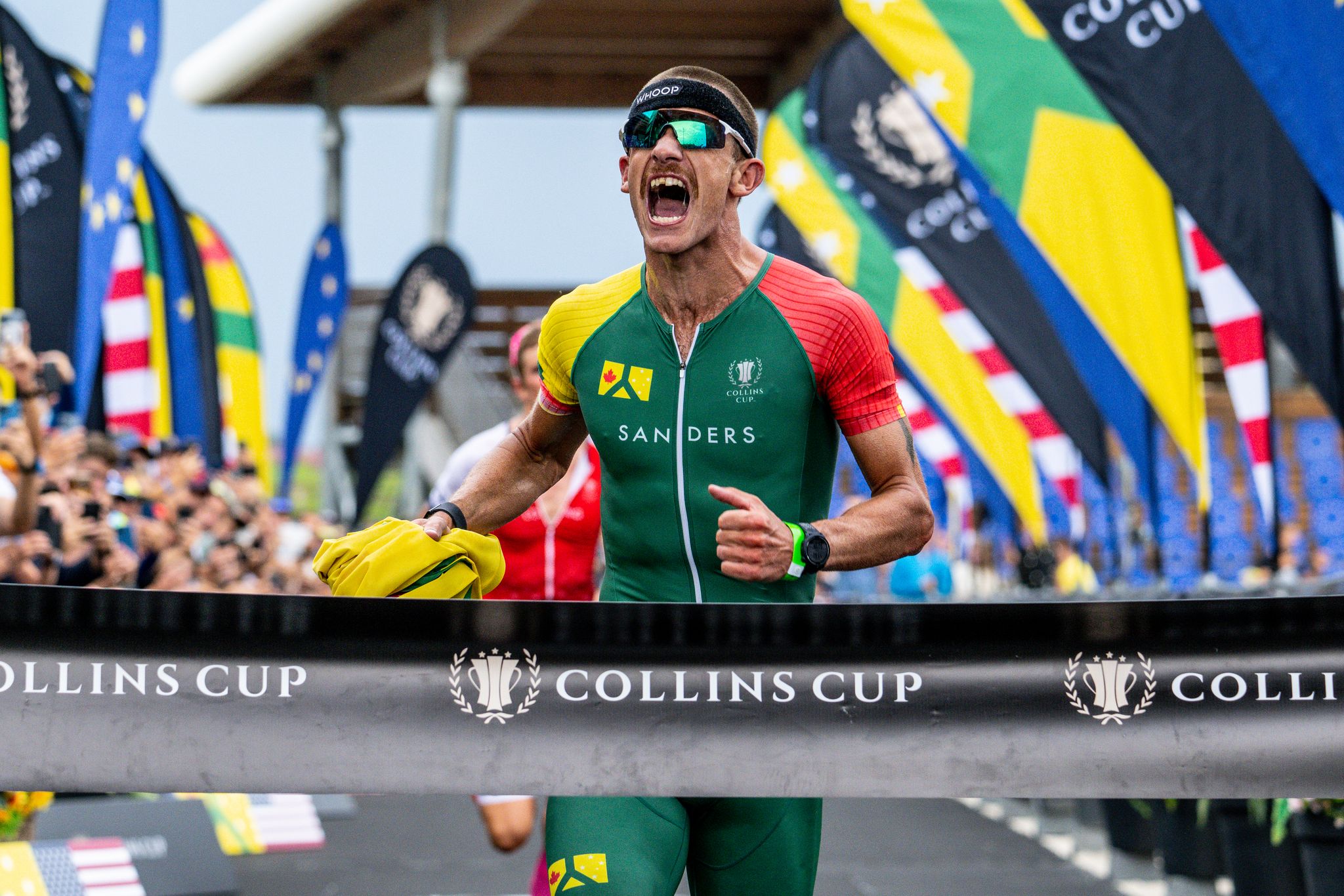 Long distance triathlon is one of the most individual sports. Every rule seems to be intended to keep it as such, banning drafting and any outside assistance.The introduction of the Collins Cup, a team competition, by PTO (the Professional Triathletes Organisation) is therefore an intriguing one. And the opportunity to have a look behind the scenes was therefore seized with both hands. 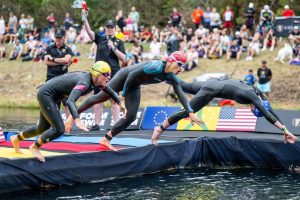 PTO took inspiration from the very popular Ryders Cup in Golf, where 12 athletes from the USA and Europe battle it out for honours. However, PTO added a team of Internationals and split the field equally between the genders to meet the inclusiveness and equality standards it pursues.

The four highest ranked PTO men and women (see ranking here) for each team automatically qualified and the team captains selected 2 more men and women to complete the team of 12. The result was a stellar field of athletes that you may only see at World Championships. And that’s exactly what the PTO is aspiring to do, creating a limited series of long/middle distance races like the Grand Slams in tennis.

It was also the legends of the sport who returned as team captains that gave the event an air of prestige. Julie Moss, Erin Baker, Craig Alexander, Norman Staddler to name a few were all there, and present around the venue all weekend, cheering on their comrades. It really gave the event a welcome team feel as they waited in transition for their athletes to arrive and give them a few words of advice before they headed out for the next discipline. 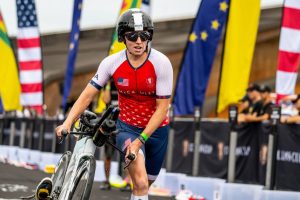 The athletes arrived almost a week in advance at the X-bionic Sphere in Slovakia – a training complex with amazing training facilities – to acclimatise and go through a series of photo sessions and media events. A well planned build-up for the ultimate sport and media spectacle, that kicked off with an opening ceremony broadcasted live. A TV-rep prepped the audience gathered in a packed room and got them excited for what was to follow: a boisterous entrance of the three teams with loud music and flashing lights, an inspiring video, leading into the match-up of athletes that was accompanied with entertaining banter and boasting. 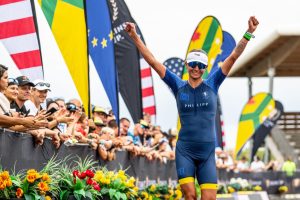 Each athlete of the Europe team was matched with an athlete from Team USA and the Internationals team to create 12 separate races. The athletes scored points based on their finish ranking (3, 2, 1) and could earn extra points for big time gaps. There was plenty of incentive for leaders to keep pushing to open up the gap and the trailers to push on despite being in a losing position.

12 races is a lot to keep up with, and it would be easy to mess up the TV broadcast by missing the major moves. PTO engaged a statistician to predict the performances and scenarios that were to unfold, so that the TV production team would be ready to capture it as the races unfolded.

PTO is pulling all the plugs to make long distance triathlon interesting for a TV audience. Having all the best pros toe the start line to begin with. Creating a load of content about the athletes to trigger more interest and attachment. And of course a well-thought through TV broadcast.

The content team at the Collins Cup was considerable. A big function room was packed with staff on desks dedicated to doing just that. (We counted close to two dozen.) Then there were at least two rooms for photo ops and interviews, which were then interspersed in the TV broadcast and posted on social media. The battle of the Sams (Laidlow and Long) is an (slightly extreme) example.

Also on site, the TV focus was visible. The start pontoon decked in black carpet and team colours looked very nice from the camera angle, but was rather less sightly outside the camera view. On the walk through of the TV production team to ensure that camera shots were properly dressed and branded, there was considerable time spent on the athlete walk-on before race start, with the setup team moving the backdrops’ position several times.

Once the athletes crossed the line their work wasn’t done. We watched as athletes were asked to clutch their team flag, or the finish tape and cheer, smile or roar with delight so the photographers and videographers could snatch the ultimate screen grab that would be used in marketing the following year.

Similarly to golf’s Ryder Cup, the athletes don’t race for prize money. Don’t worry, they do get paid, and generously, but it is not based on their performance on race day.

It was great to see that the athletes are competitors at heart. They raced their hearts out, pushed themselves to the limits, indulged in their victories and let tears flow when failing.

In fact, having 12 winners and 24 losers created more drama than with a regular race. Where a blow-up would go relatively unnoticed in a race with 40-50 athletes, as the athlete would quickly fade in the background, at the Collins Cup, where every placing and minute counts, it did not.

Watching Nicola Spirig cross the line was a highlight, the crowd giving her one of the biggest cheers of the day as she completed her final international race. The moment was not lost on her, with a long moment of quiet pride and contemplation as she sat before being interviewed in the finish area.

The Collins Cup has been very well received, but the final verdict is out whether this event is going to be as iconic as its golf equivalent. Watch the recap and judge for yourself.