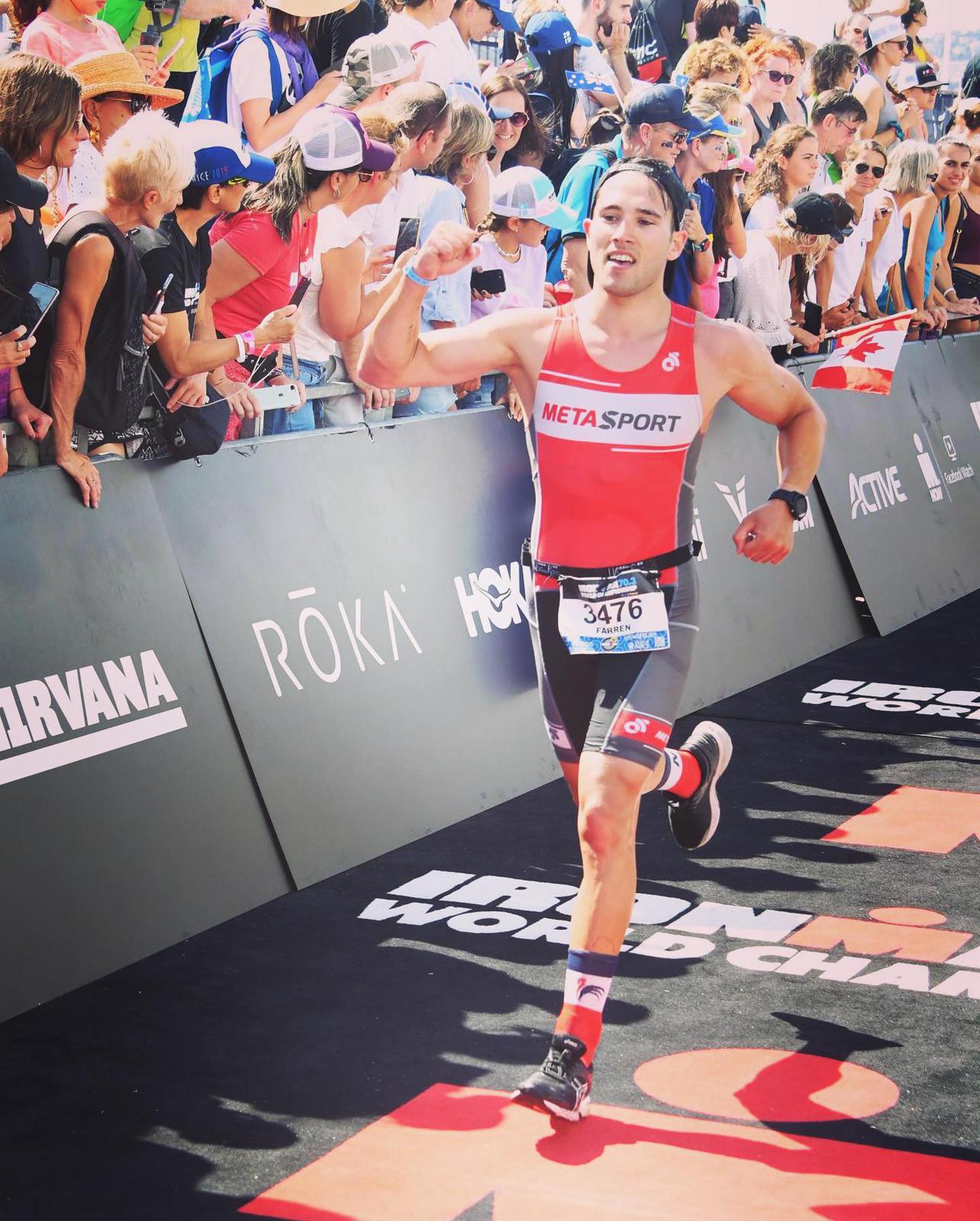 Posted at 01:28h in MS Race Report by Website Admin

My first IRONMAN 70.3 World Championships… what an experience! I arrived a week early to avoid the ‘jet lag’ (and have a longer holiday) and the atmosphere was building already. From my window I could see the 7km Nice promenade with athletes swimming, biking and running all day every day. I even ran past Javier Gomez one day going the opposite direction. Didn’t want to disturb his race prep but I reckon I could have had him in a foot race 🙂

The MetaMates were there in full force. The ladies did us proud on the Saturday, showing us how it was done. Then on the Sunday it was the men’s turn. It was an age group rolling start, which meant I gave the pros a 1 hour and 42 minutes head start (only fair). It ended up being a choppy swim which I was happy to finish.

Into T1 and I had an epic failure… socks on the wrong feet 🙁 which doesn’t sound awful but my special “NICE” race day socks now spelt “CENI”… disaster. I tried to put my wardrobe malfunction out of my mind and headed onto the bike. The plan was to keep my power steady on the bike (so I could have a fast run), on what was the hardest, hilliest and scariest IRONMAN 70.3 bike course I’ve ever done. That being said, it also had the most stunning views, which I only know from my bike recces. After descending safely through the madness, I headed towards transition and spotted the golden arches (McDonald’s) in the distance… already thinking of my post-race treat/ feast/nutrition!

I hit T2, considered swapping my socks over but decided to save time and own my earlier mistake. Found my run legs straight away and settled into a rhythm. My family and friends kept me going until I hit 16km where my legs felt like lead. I had to grit my teeth and make it through 5 more kms to reach the finish line (chicken nuggets). 1km out I heard the drums and the finish line crowd. I picked up the pace and felt like I was flying (stats analysis later on showed I was not). I finally hit the finish, gave a little fist pump to the crowd and staggered across the line.

A huge thank you to everyone who has supported/ joined/ endured me along the way in my World Championships quest (I know I’ve been moody at times). I would say time for a rest, but….that isn’t me… now the focus is on qualifying for next year 🙂